So this morning I went to my local InstaVolt charging station, one I have used a couple of times without issue.

This morning, however I faced an issue. Upon being instructed to plug in the Rapid charger, I found that it wouldn’t plug all the way in.

I didn’t force it and returned it to its holster and stood there baffled.

It was only when I had a look at the port on the Zoe, I saw a silver pin inside directly above the socket. This was preventing the charger from seating and I came to the conclusion that it is in fact a locking pin that, I assume unlocks in unison with the charger cover and locks when the plug is inserted, only this time it didn’t unlock.

I have the car set to lock when I walk away from it and naturally when I walked to the front of the vehicle it locked, so I assume the pin locked also.

I’ve attached an image of where the pin is located, but doesn’t show it in a locked position, but I’m sure you folks will know what I’m blathering on about.

Anyhow, after unlocking and locking the car, the pin disappeared and allowed me to insert the plug fully, so a minor issue that resolved itself.

Anyone else experienced this? 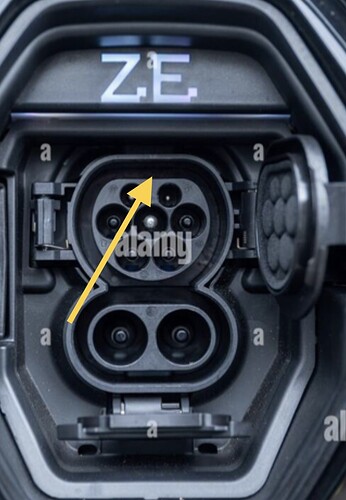 Yes it’s something I discovered some years ago and when we got our Zoe from Onto it was one of the first things to disable in the settings.
Far too sensitive and much better to use the key to open and close when I want to.

Yes as much as I like the novelty of the ‘approach unlocking/locking’ I think I’ll disable it and use the key fob.

I’ve actually just watched a video with a guy explaining about the charger cable locking pin and it would ordinarily only engage when the cable is inserted and that’s the sound I’ve heard when starting the charging process. The sound is akin to central locking.

Ah well, it must have been a glitch, I will look out for it in future. 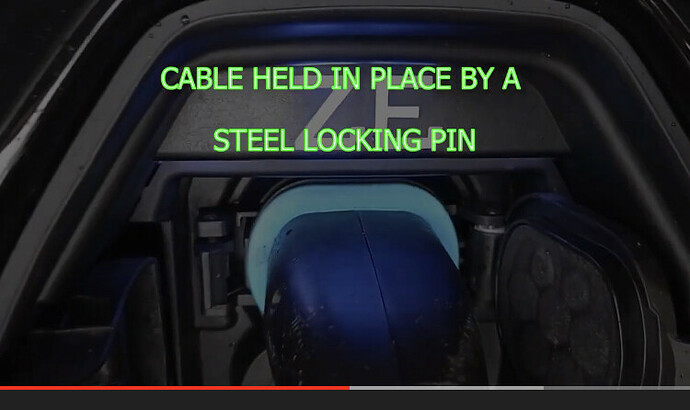