Two-thirds of drivers unaware of major changes to Highway Code

I was not aware of these changes that are likely to become law at the end of the month.

research shows that three in 10 drivers (30%) have not looked at the Highway Code since they passed their test.

I am surprised that it’s as low as 3 in 10, I would have expected almost zero people to have looked at it since passing their test, especially the older you are. Has to be 20 years ago when I last looked at one when my siblings were learning to drive.

Two-thirds of drivers unaware of major changes to Highway Code

Two-thirds of drivers don’t know about flagship changes to the Highway Code, according to a survey by the AA.

Don’t think I have looked at the highway code ever since I passed. Any new maneuvers that I encounter, I try be as safe as possible. They talk about cyclists in this article. I wouldn’t have known that same with the horn. Never knew there was any rule like that but I think that’s something out of principle I wouldn’t do. Middle of the night using the horn? Nah thats just insensitive unless obviously unless it’s an emergency then its different.

I was aware that there are changes

However, I have held off looking over/studying the details.

I was surprised/shocked/gobsmacked when I read my post a month or so back. The Institute of Advanced Motorists have sent me a membership card that says I have been a member (and therefore passed their test) for 40 years. How can that be?

I last refreshed my memory of Roadcraft approximately 10 years ago, and expect that was the last time I looked at Highway Code apart from the odd glance.

Whilst I feel bad, realising that I should surely need a refresher, I’m actually not highly convinced that my behaviour on the road will change much. But, as an example, I will be THAT driver who annoys you because I really do not know what another driver means when they flash their lights. The last time I read the HC it meant merely “I am here”, but …

(I don’t mean in any preachy sort of way - people either are receptive to improving their skills or they see it as an infringement of their liberty and rarely anything in-between!)

The Institute of Advanced Motorists have sent me a membership card that says I have been a member (and therefore passed their test) for 40 years. How can that be?

40 years ago for me as well, although I’ve allowed my membership to lapse. Used to go to evening classes in Cheltenham organised by the local group. I think I passed on the second occasion. Then volunteered a bit of my time on Sundays by accompanying other candidates for the test and giving them some useful hints.

I really don’t understand why the licence to drive is issued for basically life.

It really needs to be for maybe a decade and then a retest done to ensure continued safety and adherence to the ever-developing driving standards/changes and our wonderful potholed and overcrowded roads.

And as you get past say 70 the testing should be more frequent.

A car has to have an MOT after just 3 years from new after all and yearly thereafter, so why do we not have more stringent testing?

As I got older and driving company cars doing ~35K per annum every year, I realised the odds of being in an accident increases year on year, so was always expecting a serious crash one day. Fortunately never been involved in one, but I took any opportunity to have driving classes offered via the companies I worked for, which usually involved ex-police instructors. Have to say they we are very useful and at the same time extremely tiring, so does show how much you do need to concentrate on the world around you, unlike many I see on the roads.

Another thing is that as you get older, you go night blind and I have seen that with local neighbours, so am fully expecting that one day, hopefully not for many years yet. You can tell as when you are following such a person they slow right down when traffic approaches and the dipped headlights basically ‘blind’ them till they pass and then they speed up again. They usually move well over to the left ditch too.

Maybe the above is all a moot point, as once we have fully autonomous cars, it won’t matter.

That brings a new question:

I’m curious…If we all got told tomorrow that we have to re-test, how many of us here would just do it in our EV and settle for an automatic license from here onwards?

Oddly enough I saw something about this the other day. Very few people are expected to take a manual test as this year progresses, as little point if they are all auto from now on especially with the deadline looming.
Did a quick search as sure there was some interesting facts, but cant find it now of course

Think I would have to take test in a manual, just for the hell of it (after all I learnt to drive with a crash gearbox column change), but more than happy to only drive auto EV from now on.

I sat mine in a Automatic, passed first time with Zero faults.
That’s all the cars I’ve had have been auto and recently all hybrid Toyota Auris’s.
Now went one step further with EV

And as you get past say 70 the testing should be more frequent.

Hmm think I will just sit quietly in my ONTO Bathchair and say nothing.

Think I would have to take test in a manual (…) but more than happy to only drive auto EV from now on.

I’m also more than happy to only drive EV from now on, but the one sticking point still seems to be van hire. Since it’s still almost impossible to find EV (or even auto ICE) van hire I would have to take another full manual test, annoyingly.

It really depends on the general health/mobility/reaction responses/eyesight of someone as we dont all age/loose driving skills at the same rate/time of life.

I’d still want to have a manual licence. From time to time I wouldn’t mind shifting gears. There is still joy in revving the engine. But 99% of the time I’d be happy to roll around in an EV.

I’d go for the full manual licence. Although I’m perfectly happy to drive EV or Auto, I wouldn’t want to restrict my ability to drive anything. Hiring cars abroad and vans/trucks for moving etc are just a few examples. 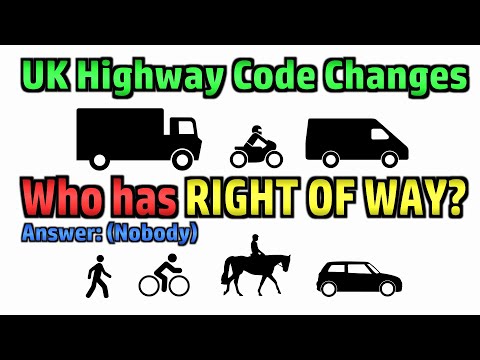