To Eden and Back

Just completed a 600 mile road trip to the Eden Project near St Austell in Cornwall. We were three adults, and left early Wednesday morning from east London. The weather wasn’t kind to us with rain most of the way.

We started at 97% SoC, and our first stop was Solstice Park Services, not far from Stonehenge. We booked breakfast at the Harvester with HM Govn picking up half the bill. It was quite a leisurely affair, so we left with nearly 100%, thanks to the Polar Ultracharger in the car park. 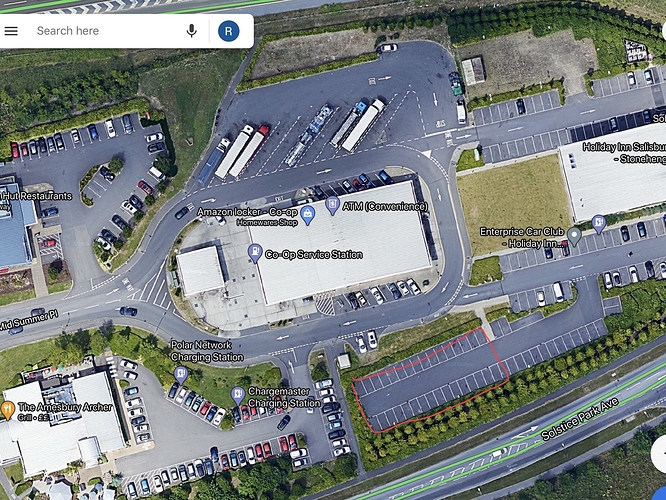 There are two polar rapid chargers there, one in the Harvester car park, and the other a short walk away at the Holiday Inn. Tesla are currently building a SuC site, marked by the red outline. This will add a further 8 stalls to their network. 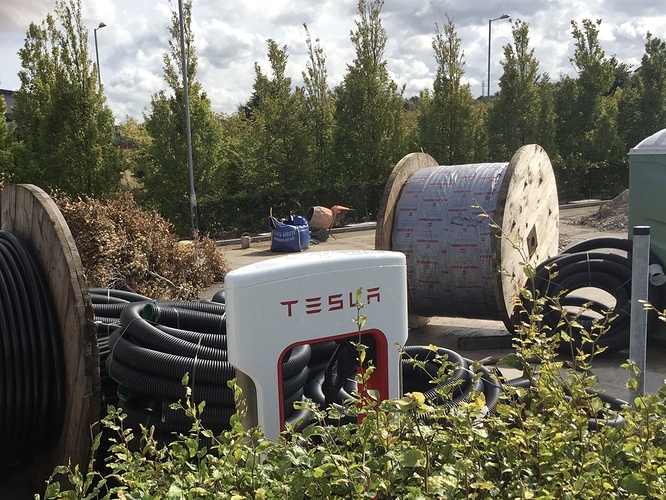 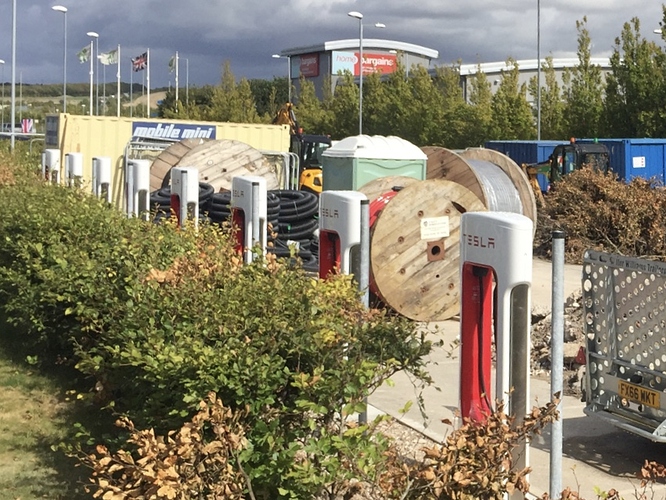 Second stop was Strawberry Fields Farm Shop. Left Zoe charging in the car park while browsing in the shop. Just needed enough charge to get to the Eden Project and back, as this was the last Polar charger on the route. I wasn’t sure whether Zoe ZE50 would charge at the Eden 7kW posts, because Zoe ZE40 had refused on a previous visit. I wanted enough range to be able to get back to this charging point, if new Zoe didn’t like those posts either. 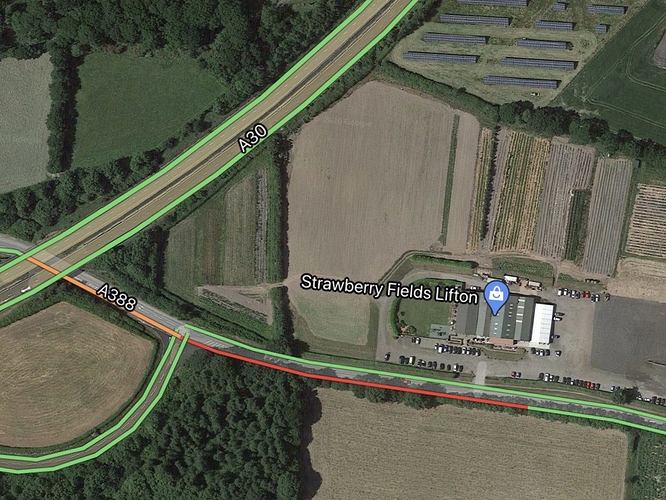 On arriving at Eden, I tried one of their three chargers and was very pleased to find that it worked! The ZE40 beside me was plugged in but not actually charging. 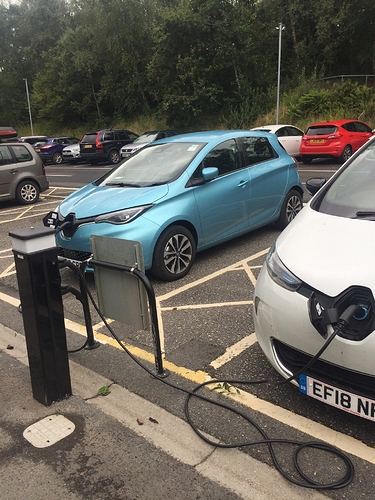 I think this earthing rod had been added since my last visit in a ZE40, and this may explain that the posts will now charge Zoes. There had been a lot of comments on Zap-Map from Zoe owners saying that they couldn’t charge. Nice to see that the Eden Project listened and acted. Hopefully they will invest in more charging points, as they use electric Kangoos and Zoes themselves. 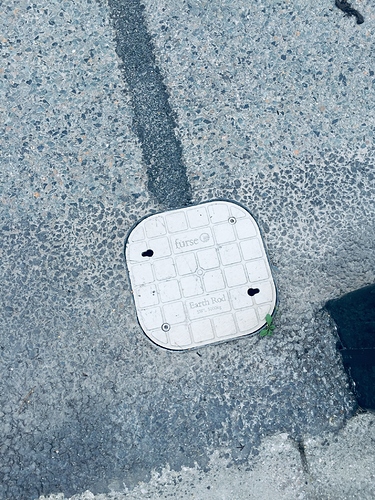 This meant for the return journey, we were able to leave with a 100% charge. We stopped at the Farm Shop again, because I just had to try the Treacle Tart I saw there on the way down. With Cornish Clotted Cream, of course. The Polar Charger was not working this time, so glad I wasn’t relying on it!

We stopped again at the Solstice Services. Both Ultrachargers were being used, and I decided, wrongly, that it would be better to wait at the Holiday Inn. The i3 owner said he needed 100% to get where he was going, but wasn’t that far off. But it took ages, and he eventually left at 99%. In the meantime, the other charger had become free, so I’d have been better off waiting for that one. Like the queues in the bank/supermarket. Whichever one you join becomes the slowest.

To add insult to injury, after about 15 minutes, the charger stopped, showing this message: 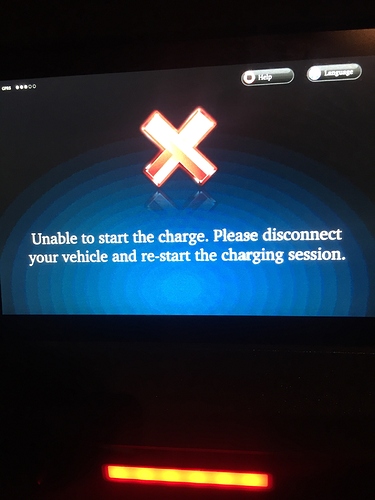 After several failed attempts to restart the CCS charge, I abandoned it and went to try the other one. Same issue. Would get as far as this, and then stop: 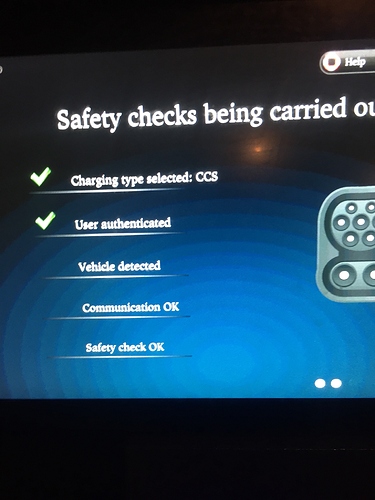 In the end, tried AC, and that worked after the second attempt! So much for swapping the ZE40 for a ZE50!

The rest of the journey was uneventful, apart from the traffic and the weather. Made it back to London with 6% remaining!

As you get nearer to London there are more and more charging points. And the topography gets flatter and flatter. And your average speed gets lower and lower. And the temperature gets higher and higher! 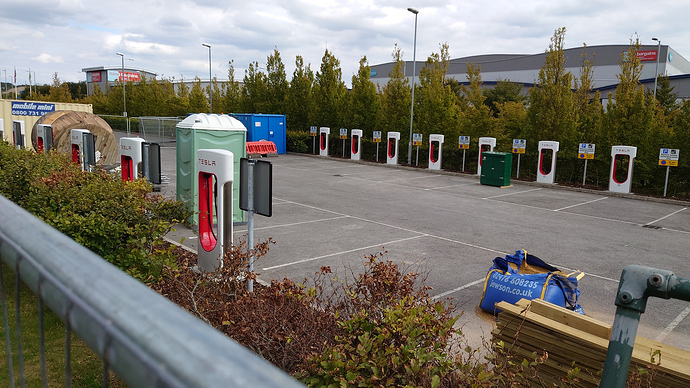