Things that annoy you on the ID.3

Is your car on software version 2.1 ?

I’m not entirely sure… where do I go to find out?

It is also getting very glitchy/laggy when swiping left/right sometimes.

There’s a newer version which should be coming fairly soon hopefully via OTA update.

So the issue I was having with everything being glitchy/laggy is due to my mobile on the wireless charging pad overheating. Won’t charge over 30% gets so hot that the phone goes into limp mode to reduce temps. Quite disappointing, looks like I have to invest in a USB c cable to use android auto and charge. I’m on the 2.1 software, turned off gesture and seems a bit smoother.

Considering I have a s21 ultra I’d have hoped wireless charging would be sufficient but I suppose not.

The tech is rubbish, repeatedly getting the please wait screen. Annoying

Car drives without me putting my foot on the pedal. Dangerous

Every lump n bump in the road is felt.
It’s slow!

I’ve well n truly been been spoilt by the i3 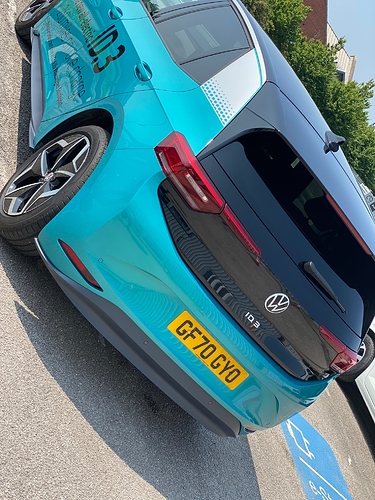 But that colour is so pretty…

Well that’s the joy of onto some people will like somethings and other not so much, so all you need to do is pick and try what will suit you and your tastes, I am getting my id3 tomorrow morning hopefully will allow me to make my own mind up on long term tenure or just move on to the various different EVs coming, being thankful that I can do that at minimum cost.
So thanks ONTO the only way I would have realistically driven an EV.

Granted I’ve only had the car a few days but my personal opinion is that I much prefer the ID.3 over the i3.

The i3 had a fun, go kart style drive to it but it was even bumpier than the id.3 to me. In fact, the ride quality was worse than all the cars I’ve had from Onto. The practicality of the i3 is why it’s the only Onto car I wouldn’t have again but that is mitigated if you don’t have kids or want to carry much in the boot.

Acceleration seems on par, possibly slightly sprightlier in the i3 at the start but smoother and more constant in the id.3 to achieve the same 0-60 (actually quicker in some tests).

Creep can be turned off by switching on auto hold. I like both in different situations.

Infotainment I actually much prefer in the ID.3 to the i3. There is much more you can customise and play about with. The only one I’ve had for infotainment that’s better is the Hyundai, I would say.

Everyone has their own opinions of course, but I feel like these “things that annoy you” threads could be off-putting for people wishing to book these cars. It’s great to hear people’s faults to make informed decisions but it can come across as a whingefest rather than a balanced judgement of the car’s merits. One thing I would categorically say is that every single car I’ve had from Onto, the positives have outweighed the negatives.

Car drives without me putting my foot on the pedal. Dangerous

I think this is pretty normal for almost all automatics, and harks back to the days of really old school (rubbish) transmissions. It’s pretty standard in automatics.

Every lump n bump in the road is felt.

This is interesting – I thought the i3 was meant to have some of the hardest ride characteristics going!

Double checking, were you definitely testing a “performance” model motor (about 25% quicker than the standard one)?

The tech is rubbish, repeatedly getting the please wait screen. Annoying

Do you know if the one you tested was running the latest software version?

I’ve well n truly been been spoilt by the i3

I think we definitely have been to be honest, and I don’t think there’s really anything else out there like it

Hi. According to the link below, you should be able to charge at a max of 100kW and it quotes that at 270mph charging rate, so I guess the simple maths would be a 50kW charger should give you approx 135mph etc 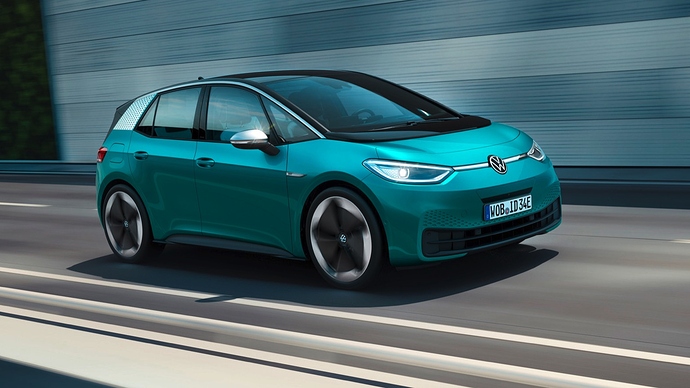 All details and specs of the Volkswagen ID.3 Pro Performance (2020). Compare price, lease, real-world range and consumption of every electric vehicle.

I bet you’re buzzing about your delivery tomorrow!

Everyone has their own opinions of course, but I feel like these “things that annoy you” threads could be off-putting for people wishing to book these cars. It’s great to hear people’s faults to make informed decisions but it can come across as a whingefest rather than a balanced judgement of the car’s merits. One thing I would categorically say is that every single car I’ve had from Onto, the positives have outweighed the negatives.

That’s a fair point - these ‘things that annoy you’ threads could maybe also be ‘things you really like’, or maybe they should be separate thread (probably better to be together though I think).

I think I’ll update the Kona and e208 ones I started (inspired by this one) to include a list of things I really liked.

I found the ID.3 quite good over bumps in the road and definitely think it’s one of the better cars I’ve driven for comfort.

The acceleration is definitely very good, not quite sure where you got slow from? Maybe you didn’t have the pro performance model on your test drive.

The screen has never said please wait for me, do agree with the comments about the phone getting extremely hot which slows my phone down and causes a little lag on the screen swiping left.

The comments about the car just moving forward has already been explained but I do agree when coasting in comfort mode it’s almost as forward in its movement as when I am pressing the accelerator myself.

Yea I’m definitely looks forward to it! - works a struggle at the moment - can’t concentrate

I’m sure I don’t have to request it but send us your pics and thoughts once it’s here. Is it a petrol golf you’re replacing?

The most difficult one I think

ah nice. How many electric miles do you get out of your GTE?