Given that I now have ZERO polar chargers in my area and I’ll now be paying £80+ a month to charge at home.
Can Onto look at having this as an option please?
I’m sure there’s many more members out there having the same issues.

I’ve contacted Polar & Onto about the 8 broken units and neither are interested in fixing the units, nor replying to my emails it seems.

Maybe there is another local network that you could use and just pass the bills forward to OnTO to settle.

Even if they did make the Polar membership optional, you would probably only be looking at saving maybe £10 per month on your subscription at a guess, nothing like the £80+ You are talking about spending on home charging. Especially on a large fleet account it likely isn’t costing Onto that much and is probably more hassle to them removing it from you than keeping it inclusive for everyone.

I wish they would at the very least have the option to swap for a Chargeplace Scotland membership especially for people that live close to, or across the border. That should be easy enough to arrange since they are both part of Chargemaster at the moment.

If you are going to be spending so much on home charging, it may be worth looking into other public networks as @burnt_crisps2 mentioned above. Even if Onto don’t reimburse you should be able to make use of public charging for less money, especially if we are only talking about driving within the basic 1000 miles allowance with your subscription. My spend on charging rarely goes anywhere close to that amount.

If I charge at home those 382kwh would cost me £80, which makes ONTO extremely expensive as it takes the monthly cost closer to a PCP deal.

I’m really not sure where you’ve got the £10 figure from?

While not dealing specifically with Polar, I have experience negotiating big fleet charging contracts in the past. Generally speaking these contracts average out at a rather small cost per vehicle. By the time a company like Onto deal with such a request, the kind of savings they could pass on to a subscriber is likely only in the region of about £10 I’m afraid. If they were able to double that, I would be VERY surprised.

If you have decided you like using certain rapids, or home charging for the convenience then you will end up paying a premium for it. In which case the best I can suggest is to consider switching energy suppliers to take advantage of cheaper off peak energy to bring the cost down below £80. If exclusively using a granny cable you will probably struggle to get all 382kWh done in off-peak times each month, but the majority should be possible in that discounted window.

If you are trying to do it as cheaply as possible and have some flexibility, you can likely save on public charging if you learn where all the cheapest (or even better, free) charging locations are in your area. Take advantage of the many Ecotricity free vends, promotions from newly installed charging stations with free charge offers, supermarkets, local car parks with free AC Posts that you could plug in and walk home at night every now and then for example.

If you have decided you like using certain rapids, or home charging for the convenience

I haven’t decided I like using certain rapids at all? Just any Polar charging will do

I’m paying ONTO every month for Polar charging. Aren’t we all?

Hey all! We understand Polar might not work for everyone, and we are working on adding another charging option to our subscription before the end of the year. We’ll keep you posted… stay tuned!

Polar has worked great for months, but unfortunately these last few weeks they’ve taken a dive.
Their phone lines were off completely one day last week which left frozen units unable to be reset.

Are they going bust?

I’ve now got to drive 25miles out of my way to charge the car at a working polar unit. It’s bananas.

Can’t see that they’ll go bust as fully owned by BP. Probably worth trying a strongly-worded email or call to:

Alternatively, if you need to contact our customer care team directly, you can call us on 0330 016 5126 or email: [email protected] 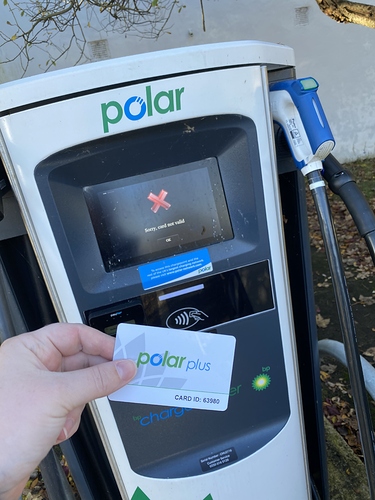 I’ve always thought Polar were bad but recently they have been shocking absolutely shocking for working Rapids and every time I’ve tried to ring lines are completely dead.

I’ve got the same experience with polar, I did send them an email and didn’t get any reply even.

I sent them an email and got a generic we are sorry reply, we work as quickly as we can to fix issues blah blah, took about 6 weeks for that reply.

My Polar charging is varied this week and not via ONTO.

I had setup a Polar Instant app almost 2 years ago and had credit on it for a VW E-golf long weekend test drive. The app failed to work and I got free charges. The app has just been retired and moved to BP Chargemaster along with my credit. So I had a fallback option if any Instavolts were out of action this week, albeit that might only have been a 7kWh charger rather than rapids in the locality I would be.

I tried to use a Polar rapid at Hereford this week.
It is actually on the front parking forecourt of guess what, A BP Chargemaster office, which is right next to a Western Power Distribution office.
Turned up, drove in and 2 cones placed in the 2 spaces in the front and the unit was dead as dodo, no lights on, nobody home!
You would think that they could maintain their own charger right outside their own front door!
It struck me that maybe they robbed the parts out of it to fix another unit elsewhere.
So plan B went off to Leominster and charged at one of 2 Instavolts there with no issue.

And today in Malvern walking along the Hills and afterwards swung by a Polar rapid at Malvern Spa Hotel just at the end of the road from where I used to work.
Hooked up and started the charge from the BP Chargemaster app and it worked straight off and got 50kWh charge in 1hr 2mins. Whilst enjoying a well earned (but expensive) pot of tea in the Spa.

So 50/50 success this week for me.
Trust others get better success than @Pinky_Ponk

Charge Place Scotland would be a great option for those north of the border. The card is £20 a year and most places are then free (rapid included), but some areas have charges and this may become more common.

For a recent Guardian article, CPS are the 5th biggest network in the UK (4th if you discount Tesla who will be much more tied to their own cars) 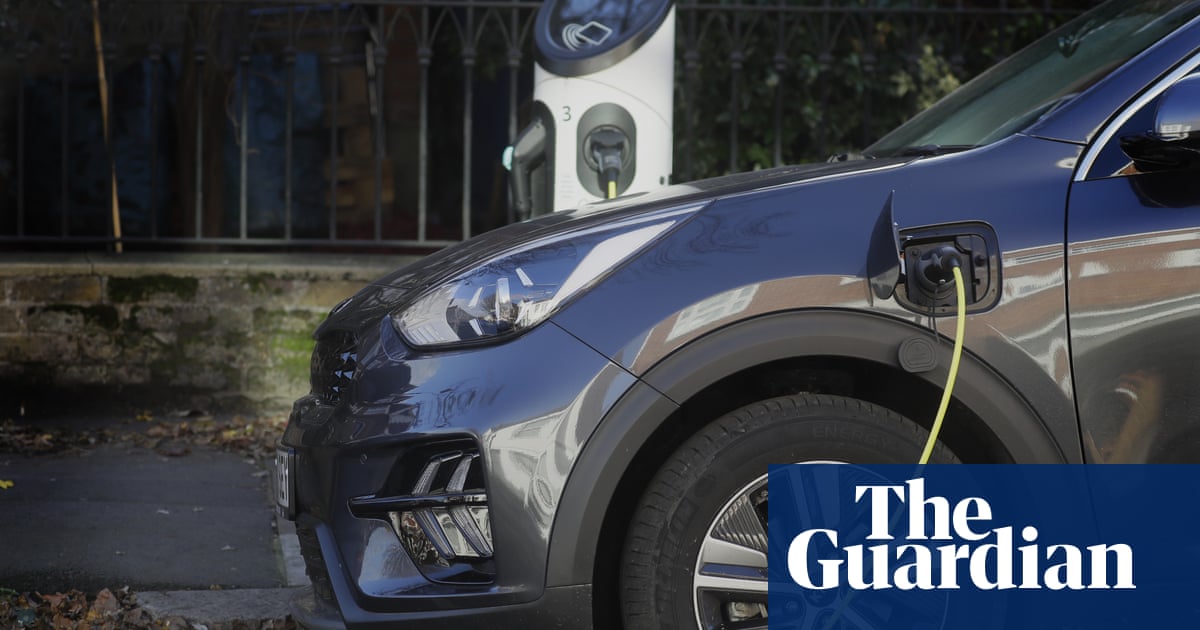 London and the south-east received 45% of new charger capacity in the past year, analysis shows

@Lily_at_Onto
Is there any update on another charging option now we’re coming up to the end of the year?

I’ve not taken out a onto vehicle yet because there aren’t many Polar chargers near me! So having some more options would make it a viable option for me! 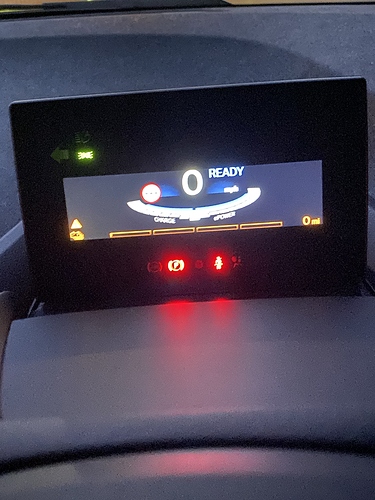 I’m now £6.80 out of pocket today.
This keeps happening which makes On.To expensive.
I came to on.to as they were cheaper than me pcp’ing with my own insurance, but these broken chargers are letting you down.

Are on.to not concerned that there’s more customers out there like me that have this fine line of costing and the broken chargers are going to make us leave?

Submit the charges you have had to pay to onto as it’s likely they will reimburse you as they have quite a few issues with the charging network.

I had proper nightmare yesterday, got stuck 150 miles away from home unable to charge my car.Polar plus card didn’t accept the card as there was system update, the phone line was down so I couldn’t ring them. I tried 17 chargers around and I was still unable to charge my car and couldn’t drive any longer to look around for a different chargers because I had 4% battery left.Onto was really professional and tried to resolve the problem ASAP and they did so I’m really pleased. Now I know I won’t rely on polar plus anymore and I’m gonna try different providers as well.

Well I’m sure some of you already know but onto have just added more charging options check out the link: on.to/shell

Or this forum: New ONTO Shell card