Took my new Kona out for a first drive today and stopped off to try a new Shell 150kW charger nearby.

Battery SOC was 60%, air temp 7C, had been driving (stop/start via various shops) for around an hour.

The Kona charged at a max rate of 22kW. This was a bit lower than I was expecting, according to the charging curves I have seen. The charger is working fine, according to zap map reports.

Is there anything I’m missing? Or just the usual mix of battery temperature, state of charge etc?

22kW would imply the battery was still at 5 degrees celsius or less, which is very possible given the overnight temperatures. Low speed driving won’t do much to warm it up.

If you left it charging, it should have warmed up gradually through normal charging losses, but it takes a while.

It won’t heat the battery via heater unless the ambient temperature is properly cold… and this is one of the main problems with the current generation Korean cars… the charging performance is really not great any more (it never was amazing) and has been overtaken by the likes of the ID.3 / 4. The next generation Korean cars will be much better of course. 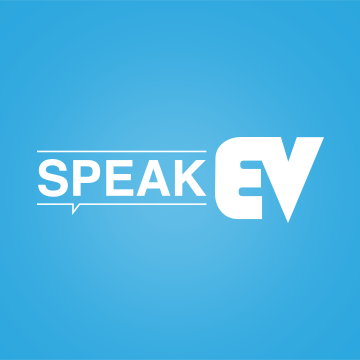 Battery heating - how long does it take for the pack to...

Apologies in advance for basically reposting this particular question from another thread that I started, but I’d really appreciate any advice on this as I’m unfortunately unable to use the ODB port in my car to easily work any of this out for...

In the Ioniq there’s a Winter Mode that switches the battery heater on by default: slight range hit for a faster charging rate in cold weather. Would be worth checking in the manual/menu to see if the Kona has something similar.

Thanks both. Very helpful. There is a winter mode. It was enabled but may not have had chance to heat the battery.

Winter mode (at least in the Kona - not sure about Ioniq) makes no difference unless the battery is at -5°C … so basically it will almost never have any effect in the UK.

I've been reading the manual, watching videos, reading posts and trying to properly understand the "Winter Mode" function for Kona EV that have the...

If you leave home in cold weather, even if the battery has been charging at home, it will be cold - It doesn’t get preheated like in some other cars. (Well it does - but only if it’s really cold, and by all accounts not a lot of heat is added). So when you arrive at the first ultra rapid charger, even if you’ve been driving on the motorway, you’re very unlikely to max speed on that first charger if the ambient temperature hasn’t increased a lot as the battery will not have warmed up sufficiently through driving (due to the high efficiency, heat scavenging into the cabin, and also cold air passing under the car & battery).

At the first rapid charge the battery heater may be turned on automatically if required but then switches off automatically and instead the charging itself can continue to warm the battery.

If you arrive at the first charger with a low SoC and charge there for long enough the battery will gain a decent amount of heat. You might hit 70+kW for a few minutes if you’re lucky.

If you then drive at 70 on a motorway for another 175-200 miles or so then most of that heat should be retained and so when you charge for the 2nd time at an ultra rapid you should then get max speed pretty quickly.

Most Kona / eNiro drivers seem to agree that Hyundai / Kona should have provided a button to allow you manually turn on battery warming if you know you are heading to a charger.

Anyway, hopefully it won’t be too much of an issue for the next 6 months or so!

This is all really helpful @BillN. Thanks a lot.

I’ve got a long drive coming up tomorrow with a few rapid chargers on the way so will be interesting to see if it plays out like this.

So driving 94 miles mostly on the motorway helped to increase the battery temperature sufficiently (to at least 15°C) to make sure I didn’t get too low speeds.

This may sound a bit condescending, but did you use the correct connector?

I only ask, as I also have the Kona, and the first time I plugged into a charge point, I used, What I now know to be the 7.5 KWH socket, not realising there are different connectors for different speeds and wondered why it wasn’t delivering the 50 I was expecting

I always use a 50 KWH charge point near me and had no issues, even when the temperature was at 0

@GaRic448 if you’re responding to @sdmr then if they were getting 22kW they must have been using DC CCS because the Kona will only charge at a maximum of 11kW on AC three phase or 7kW with an AC single phase charger.

I then went on to do three more legs of around 120 miles each, with a rapid charge in between. On those second and third charges, which were starting at 20-30% SOC, the Kona quickly got up to 77kW, despite the 5C air temperature. I will say it gets nice and warm inside the car when it’s charging at that speed

Overall, really impressed with the Kona over the 450 miles I did today. It was efficient and a pleasant drive. Having access to the Shell network was a major upgrade compared to previous attempts to do this journey using Polar only. It took me 9h30 including charging to do the 450 miles. The roads were admittedly very quiet. The Zoe would have done this in 10h30.

Sounds great! Yes, having access to Ionity and others is an even bigger bonus with a car that has >50kW charging.

Glad it went well. It should generally only be that first charge of the day that is compromised in cooler weather (and which can probably just be done at a 50k… as an ultra will only save a few mins on that first one). And then as long as it’s not close to zero degrees out, and as long the subsequent legs can be driven in a way that puts a decent load on the powertrain, then the heat that’s been generated from that 1st charge should be mostly retained meaning the later charging sessions can be done at the higher power levels.

I guess you know about pressing the power button twice (without foot on the brake) after charging has commenced to turn the car on and allow climate control / radio etc.

I guess you know about pressing the power button twice (without foot on the brake) after charging has commenced to turn the car on and allow climate control / radio etc.

Not sure if I knew what I was doing, but I definitely managed to turn the radio on while charging

It’s been a loooooong day…

If you meant the e-208 then you can use the radio and heating while charging.

Shows what I know!!!

I ended up getting what I would describe as “pretty good” charging speeds on my 450 mile journey, in both directions. On the return journey between each of four legs of around 2 hours at 70mph on the motorway, charging from between 20-30% each time, it hit 77kW almost immediately (or at least within 5-10 mins) and then sat there and decreased gradually. Ambient temperature was 5-10C.

I’m quite impressed with the Kona in general. Certainly for motorway cruising.