ID.3 creaking when coming to a complete stop

I’ve just started my second month driving an ID.3. It’s my first time using an EV and it’s been a wonderful experience, both the service and the car itself. Coming from a 15 year old 207, you can just imagine how overwhelming the difference is for me. I had forgotten what it’s like to enjoy driving and I find myself looking for reasons to get out now!

But… there’s just one thing which has been bothering me about my ID.3 and I’m finding it increasingly difficult to ignore.

At the end of braking, when coming to a complete stop, there is a very noticeable creaking noise. The same creaking sound can also be heard when I’m releasing the brakes to drive away. I find it’s been a lot worse when driving in B mode or with the auto-hold on so I’ve resorted to only driving in D and turning off auto-hold purely for this reason. It’s still happens, but it seems to be a little quieter and less consistent. Just to be clear, there’s no sound during braking, only when it gets to a complete stop.

I’ve looked through this forum and I can’t seem to find anyone else who has reported this issue. I did find a discussion on another forum but it’s just theories and no one has reported that they were able to resolve the issue. Some reported that it went away after a few thousand mile, others have said it appeared after a few thousand miles when it wasn’t there before. It’s really confusing. The ID.4 apparently has the same problem too. 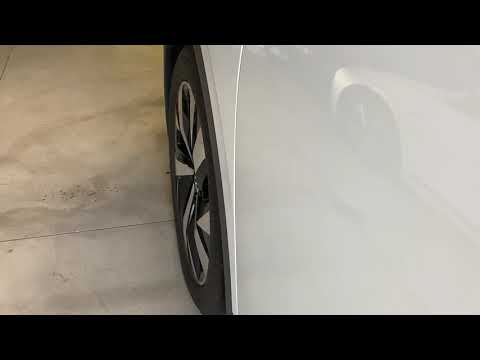 I love the ID.3 but i’m starting to become more concious of it and it’s driving me mad. It’s giving me a reason to save some money and swap to an e208 but the colours I would want aren’t available at the moment. Would much rather stick to this car as IMO it looks better and i’ve grown an attachment to this particular one. it came more or less brand new so it feels like my own. I was hoping to keep it for at least the next 6 months.

If anyone has experienced this or knows how to go about getting it sorted, please let me know.

I haven’t listened to it from the outside like in the video but mine makes a very similar sounding noise that I can hear from inside the car. It hasn’t concerned me at all though.

My E-208 does this, and car reviewers seem to mention this quite often in general with EV’s, nothing abnormal.

Like others I get that as well, seems to be the auto-hold ‘handbrake’ going on. It’s quite noticeable but doesn’t bother me much

Same here, in the Ioniq, and have got used to it, and its something I have noticed more than in other hire cars, because there is no engine noise

Does similar in the 208 when parallel parking as keeps slaming on breaks to avoid imminent collision (still one foot of room). Always think I’ve trashed an alloy on the curb!

I get it sometimes when auto hold is on, in particular when making slight adjustments to a park and moving forward/back a little bit as it tends to ‘bite’.

The first time I heard it, I thought I’d scraped an alloy on the kerb, or ran into something in front/behind me, but have come to expect it and find I can almost prevent it by ‘feeling’ when it’s likely to happen.

At least I think so, anyway

Disappointing yet reassuring to hear that it’s a completely normal part of EV’ing. I guess I’ll just have to get used to it, which should be easier now. I’ll still be keeping the auto-hold off just to avoid the worst of it, which is a shame. I hope it’s something that can be ironed out in the near future as EVs continue to develop.

Thank you all for your responses.

Just listened to the video and it doesn’t sound great all, but then in an enclosed space and outside the vehicle it’ll be more obvious.
Can’t say I have ever heard anything like that on the EV’s I have driven and the I-Pace and Zoe we have at present don’t exhibit that noise on stopping with auto hold on. Just the damned awful Zoe Pedestrian vehicle sound which is dreadful and migraine inducing.

EV’s are so quiet they are going to have to solve these other operational noises.
Turning the radio up louder is not an option.