On the whole it’s very good, but I have found ABRP has disappointed me a couple of times recently by incorrectlly telling me routes have become impossible after they are underway or giving me spurious alternative routes which, after selection, it either ignores and does something else entirely, or just tells me that it’s impossible and stops navigating.

The first time it happened, it had been navigating me for about 120 miles all the way down to 6% and then just told me that the journey was now impossible and abandoned me, rather than doing any rerouting. I had palpitations, believing it must already have tried every possible option and thus I may as well call recovery. But I pulled off the motorway, did a bit of research and found an Osprey charger about 2 miles away

I like this, I was trying to explain this to somebody the other day. I’m definitely going to steal this!

To be honest it’s great having apps etc. But Jesus Christ, forget them. Use your sat nav, have a rough estimate when you want to stop and the charger you will use - via Zap-Map. Then a back up not too far away. Then drive til you get there. Don’t cause yourself to get bogged down with what the app says and YOU MUST CHARGE now according to the app. Just take your time, get to the charger, recharge and carry on. I found 9/10 I’m less stressed I enjoy the drive more and I’m generally in a better mood if something goes wrong along the route.

Treat it like an ICE, don’t push the car to its last percentage, just plan time to stop and charge up. I have all the apps, and found myself obsessing over them. Even with the non included chargers, it’s still waaaay cheaper then filling up with petrol. Relax, enjoy the drive

Thanks all. Super helpful as always

From 90% at start ABRP gives me a charge stop just off the m6 at Cannock (osprey spread eagle pub) then another stop at the Milton Keynes just on the m1. I’ve set it to arrive with 35% as the return leg I’ll need to make it out of central london to charge again.

In the i3 (which I think has a similar motorway range to the e208 in warm weather?) I did a similar trip a few weeks ago.

I stopped about 5 min up the road from your planned first stop at the Instavolt at Penkridge – prob good to add to your consideration as a plan B / alternate - there are two units in a small retail park there with a Costa (with a loo) – unless you were planning on the pub for a meal.

If you did get to that point and still had a decent amount of charge/range; the Welcome Break at Corley has recently installed Instavolt units (x8!) in each direction. Note these are only 50kW though, if you want to reduce time charging and have a low state of charge, your e208 will charge much faster at a ≥100kW station, at least up until 50%.

If you’re not familiar, worth noting the “Charge Curve” of the e208 (i.e. how fast it will/can charge based on how full the battery is which I’ve linked below (source: https://ev-database.uk/car/1168/Peugeot-e-208) 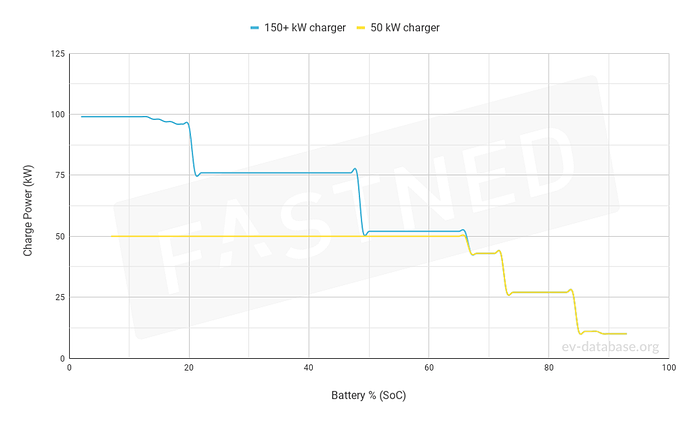 The Milton Keynes Coachway was the second spot I chose to charge as there are a lot of chargers there. There’s been some chatter over on the other forum that the BP Pulse units have been occupied by local council staff but there are also 4x Ionity there which you can use with your Shell card.

Once you’re there it’s closer than you think to London and depending which area, you might be able to use Ubitricity (with the Shell card linked in the Shell Recharge app) to top yourself up while you’re parked here, if you can find a spot. Which part of London will you be headed to?

Decided as I sit in the garden beer in hand to wade in on this one to try and get some action. Under no illusions that anything positive will occur but feel better doing something after reading your plight. Also I will be making a journey from Essex to Welshpool in 2 weeks and this location was on plan A for stops (which need to be quite often at our age. So I sent emails to BP and the local council. If anyone replies to these I will post here.

Just had this reply from the Council.

" Thank you for your email.

I have forwarded this to our dedicated MK Connect team. They shall investigate this matter – if they have not done so already – and shall provide a more comprehensive response to your email shortly.

Thank you for getting in touch with bp pulse.

We’ve received your message and we aim to respond to the majority of cases within 48 working hours.

Description: This hub is constantly being abused by a Council run taxi service called MK Connect.

Why are multiple MK vehicles being parked in the public Electric Vehicle Charge bays, often all night, at Milton Keynes Coachway. Those of us trying to charge whilst using the M1 are constantly faced with these vehicles being parked in the bays and not charging or sitting at 100 percent without being moved denying use by other’s. Please take some action to stop this abuse. There is a 90 minute time limit penalty.

this location was on plan A for stops (which need to be quite often at our age.

@Grandadgeorgec - not sure if it’ll change on 19 July, but a note that MK Coachway was closed (i.e. no loos) when I visited a few weeks ago, might not be the best spot for a comfort break until it’s confirmed it’s back open! (Unless you plan to duck the fence like we did)

Stored along with charging cable and puncture repair kit. Or is this too much info? 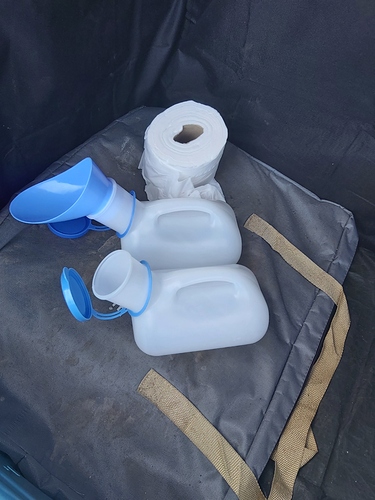 is this too much info

Thank you @Grandadgeorgec The more people complaint about this, the better the chance the council will do something about this!

@Tyson Yep, definitely open again. I was using the toilets there a couple of weeks ago

Puncture repair kit for the car tyres or….?

A practical solution to a different kind of range anxiety!

Tomorrow is the day, looking like the hottest day of the year so expecting a bit more range

I have 2 stops planned and 2 variations for each in case.

Don’t know what the worry was about!

So did you stop where you had planned etc?

Yes, just outside Cannock and the ionity at MK coachway.

Same on the way back too, I charged enough on the way down there to get me back out of london to MK.