@Lily_at_Onto I’ve emailed George the screenshot as requested, my mileage is still not updating and I’ve not heard a thing about the locking wheel nuts.

Any chance of an update please?

While you’re at it, I’d like my locking wheel nut too please 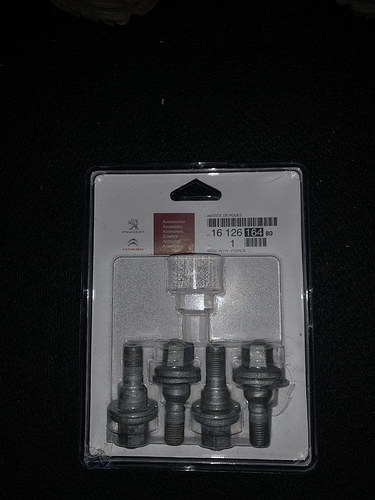 Those look like the original bolts that were on the wheels before they got changed over to the locking bolts. 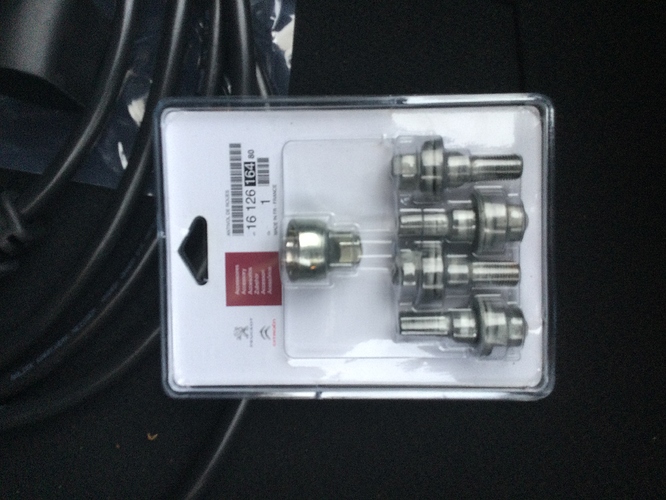 This is what I’ve got.

This is sort of normal. All manufs usually fit a standard set of 4 or 5 wheel bolts and then later fit a locking wheel set, which is the plastic container you have. When new it contains 4 locking wheel bolts and one ‘key’ for that set of bolts. One of the standard bolts are removed from each wheel and placed in the container, with the new locking ones replacing them and once tightened, the ‘key’ is then replaced in the pack with the old bolts.

Someone has lost the key, probably at the PDI.

Hopefully there is a key number associated with your vehicle and it’s just a matter of getting a replacement supplied to you/the car. You would think that there are many different types of locking wheel nut, but in truth each design only has about 20 variants, so dealerships just have a kit containing all 20 and use their own. Having said that the Skoda dealership lost our key on a recent service and then claimed they had never used it, just their own. But I had checked it was there when it went into the garage and it wasn’t on its return. They eventually provided a free replacement, but I was scuppered for a few days as I was trying to swap to winter wheels

as it was mid December.

@Lily_at_Onto, I reported this via the app, but have not heard anything… can you see whats happens to the “damage” report I submitted?

Thanks for fixing the mileage, it’s now working fine. Would’ve been very nice to have an acknowledgement to my thread and/or emails, but since it’s fixed and I’m not going to run over my miles accidentally, all is good