Thought I’d post my (relatively short) experience with ONTO.

Found myself between cars whilst waiting a factory order Mokka E after selling my petrol car to a dealer.

I decided a short term subscription would be the way to go until my new car arrived.

Initially subscribed to a Corsa E, was extremely pleased with the service. It was easy to sign up and book the car online once checks had been completed.

Corsa was delivered on time by a very polite driver, then came the steep learning curve on charging etc. I opted for the maximum 1750 miles as I cover 2500 miles a month (used the wifes car once the 1750 miles were used up until subscription renewed).

After almost 2 months and still no sign of my Mokka, I booked a swap into a Mokka when one became available in my post code area.

The swap went well too, driver came out took lots of pictures of Corsa, drove away happy leaving me with the Mokka which apart from the odd stonechip was in good excellent condition.

Vauxhall dealer got in touch to say my car was expected to be with them in a couple of weeks, if I’d known this I would’ve stuck with the Corsa for remaining weeks.

Any way, I then booked the Mokka for collection with end to subscription as it would no longer be needed.

Had the car valeted night before, charged it too over 70% as per requirements.

This is where it turns sour.

Driver came out to collect the car, took lots of pictures, said there was no need for us to sign because there weren’t any obvious issues with the car. He categorically said a signature would only be required if there was damage to the car.

Away he goes, perfect so far, as far as ONTO are concerned. My new Mokka however is still sat at a port somewhere waiting to be transported leaving me without a car

Now 8 days later I get a damage report with a very obvious large scratch going from front bumper to wing, some damage to other side of bumper which isn’t obvious on their picture, picture of battery charge being below the required 60% which it would be as their driver has driven the car from my house to their compound, and some additional service required on the carpet apparently.

I have responded to email disputing this with pictures I took the night before after having the car valeted.

Whichever way this dispute goes, I’ve gone from being 100% impressed with ONTO and recommending them to feeling like I should’ve just stuck with my petrol car for a few more months. It’s only £182 on the invoice, but when I know it wasn’t like that on collection and they only supply poor quality pictures from after the cars been driven to their depot makes it feel like I’m being had.

I appreciate this is their agent and not directly ONTO, however it doesn’t bring much comfort. Maybe I’m overreacting.

Their picture of scratch. 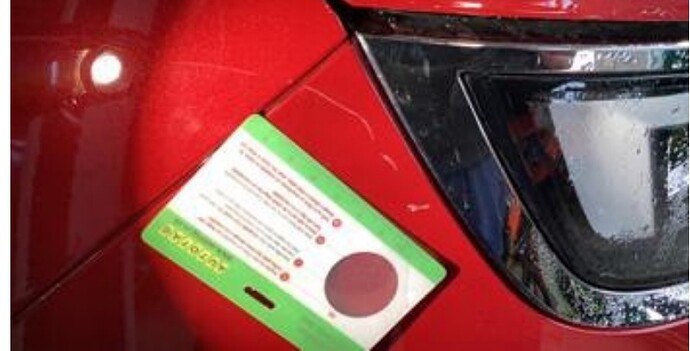 My picture before collection. 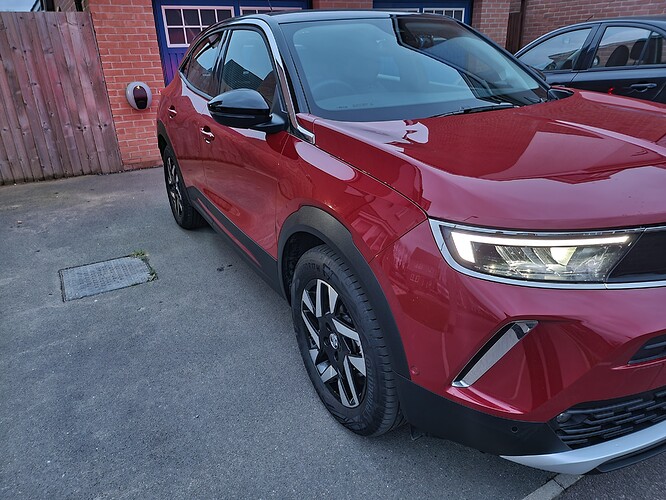 Their picture of carpet, not clear what the issue is. 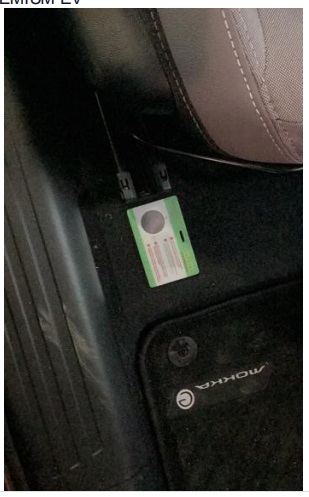 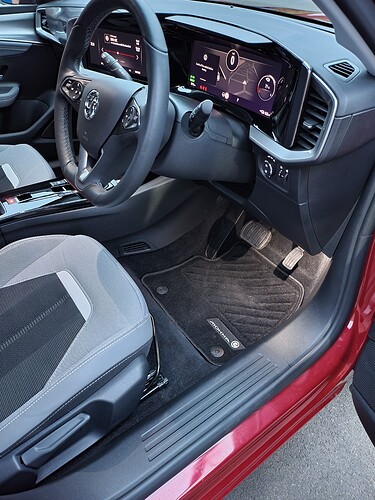 Their pic of another apparent scratch on bumper. 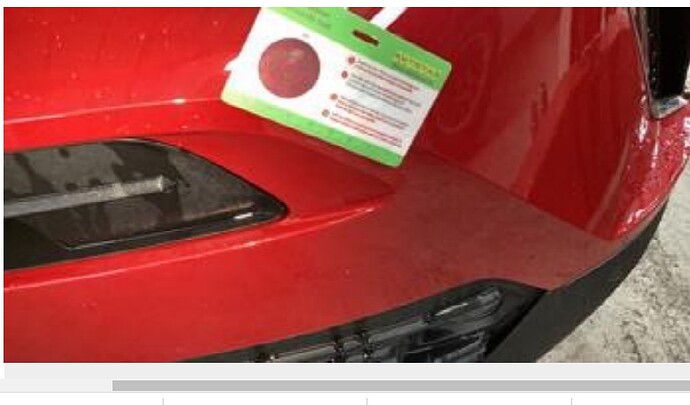 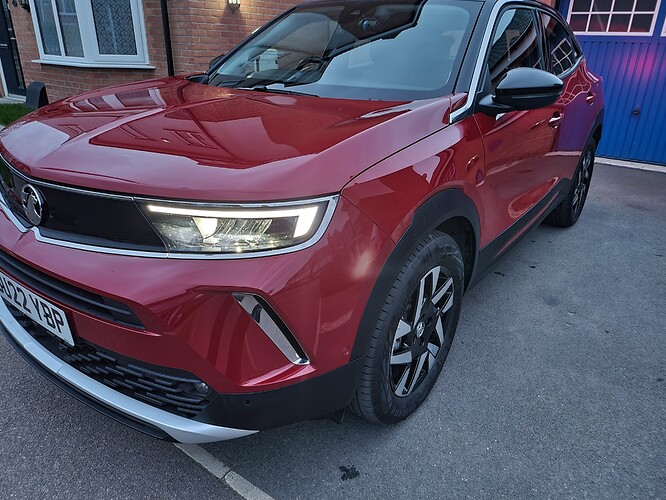 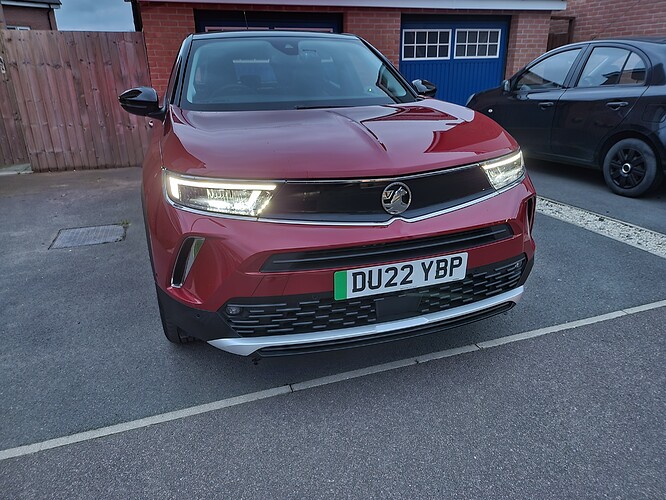 Apologies for long post, it’s made me feel a little better

Different lighting conditions makes the cars look like 2 different reds, but it’s not possible to see any minor scratches on your pics, so just dispute it with your evidence and trust Onto agree and it looks more like fair wear and tear than damage anyway.

Hope it all gets sorted.

Getting pretty tired of these posts of cars being reported as damaged after collection.

Wonder what (if any) investigation Onto has done to understand why they keep happening.

Ultimately, it’s their car being damaged.

It’s just further testament to how important it is to take your own pictures at delivery and collection. Without them, you’ve no chance if you receive one of these reports.

That’s shocking from onto , doesn’t look like the same colour ,
Hope all gets sorted

Thanks, as above, I’ve replied to email disputing the damage. Hopefully it’ll get sorted.

Hi, I’ve just signed up to this forum as I was interested in the Onto service. However, I’m strongly put off by your experience. It’s totally unacceptable that when the car is collected it’s not signed off with you and the condition agreed. It leaves the customer wide open to malpractice and false claims by the logistics company. I hope you get your complaint resolved.

When I hire a car, on returning it the car is checked in my presence and the rental company and me both sign a form to agree the condition. That closes the matter. Unless Onto adopt this system I’m not interested. There are other car subscription companies available.

There are other car subscription companies available

Who mostly work the same way,

They all work exactly the same, as OntO, and to be fair traditional hire companies are known to do this, and if they find any damage afterwards they will and do charge you for it…

Things go wrong, but in my view, OntO do everything in their power to put things right… And people will always come to a forum / facebook/ twitter to vent…

I will be sending your a direct message now, apologies I have tried to locate your email sent to my team, however, I have been unsuccessful in doing so!

The email was sent as a reply to the damage report/invoice email if that helps you track it down.

I have received your PM, and really pleased you have decided to remove all the charges.

I hope you will look into how this happened as the damage wasn’t there on collection.

Other than this (now) minor blip, the rest of the ONTO experience was faultless, thanks again for sorting so quickly.

@Gadgetman
No problem at all, we endeavour to create the best experience around the board.

Unfortunately (for me) I work in an area which would only provide the bad news in most instances. If the team have made an error, we will own it and do what we can to rectify it as swiftly as possible.

I hope we have restored your faith in Onto!

Hope it all gets sorted.

Getting pretty tired of these posts of cars being reported as damaged after collection.

Wonder what (if any) investigation Onto has done to understand why they keep happening.

Ultimately, it’s their car being damaged.

It’s just further testament to how important it is to take your own pictures at delivery and collection. Without them, you’ve no chance if you receive one of these reports.

I’ve just had my faulty Zoe swapped by Elmo and I want to detail my experience with the Cinch Driver (basically BCA).

He was here for an hour - and quite literally spent 30 minutes detailing the entire of my new car (102 miles on the clock) and then 30 minutes on my broken car, again detailing it to perfection. I had to sign off on all the damage they’d noted, agree to it etc. He took measurements of every single nick, scuff, dent, mark and whatnot. The photos are crystal clear, and he’s taken a long, up close video of each car as well.

I’ve already been emailed both condition reports, within minutes of them being completed.

I asked the driver who had asked for the detailed reports, and his response that it was Elmo who had requested it (and always do now). So I can’t see the reason why Onto can’t request the same thing.

Before today, I have had two Onto cars and three Elmo cars and I have never had a delivery/collection/swap last more than ten minutes. I am very impressed with this process. The fact that it took an hour doesn’t bother me one bit if it means it was done properly.

The fact that it took an hour doesn’t bother me one bit if it means it was done properly.

Good to hear of your experience and I have had similar with Pivotal, however a full inspection of any car can only be done in the correct lighting conditions. Rarely can that be achieved on site (especially at this time of year) and that is why all vehicles go through a thorough check when they are indoors in a lighting booth designed to show up any/all issues. So there is always going to be 2 checks of the car. One on collection/swap/delivery and one when the vehicle gets back to the logistics centre.

If the 2 match up, then there is no issue, the problems are always when extra things show up later on.

Having done some of this myself it’s often the case that scratches/marks are not visible in certain light and then later in the same day they are.