Slightly getting fed up with ice drivers constantly tailgating and running up my backside, I swear they hate EVs, just had to destroy some stupid GLC on the M1 lost a good chunk of charge but hey was worth it.

it’s just so frustrating when people just pull out of junctions when they see you coming, cut you up or just drive slow in front of you all the while looking in their rear view mirrors to see if you get pissed off.

But hey going home to meditate and will them to run out of dinosaur juice.

I have found that most ice drivers haven’t got a clue that my car is any different to theirs, they can’t tell the difference between an electric car and an ice lol, they do get slightly miffed when I zoom passed them though lol

That moment when you roll up to a red light, and some chav is revving the balls out of his Corsa while trying to impress his girlfriend…

I’m a sucker for shaming a £100000+ v8 range rover or two on the motorway lol, did it in a mini electric and a Nissan leaf, and I laughed like a drain hehe 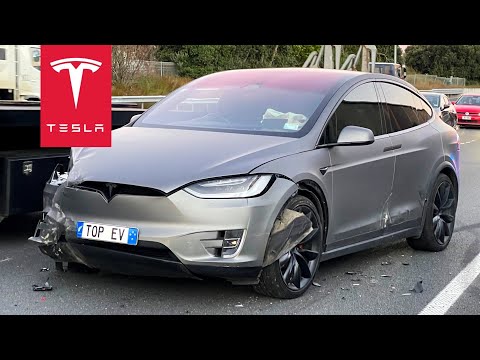 I’m new to Onto, and this is of the first things I’ve noticed - drivers pulling out in front of me and tailgating. I don’t think I’m any slower than my old car, pootling around 30-40mph areas, doing 29 or 39 as I’ve always done.
I just got my Zoe this week and enjoying it so far, and I’m sure I’ll get used to this behaviour, just very odd. Must be something primal in those drivers about being better than someone else.
Maybe it would be different in something like that looks bigger or less “electric”.

people do seem to have a tendency to try and race me! I am in a Jaguar Ipace, they have no bloody chance!

I’ve found this too since going electric. Definitely have more people tailgating me than before. Also find people trying to race me from lights a lot more too.

Red light racers can just say bye. But yeah tailgating is something I noticed as well. Is it the green badge that triggers them?? And its always vans who do this. Lorry drivers on the motorway are like this as well

I constantly get lorry drivers up close behind me on the motorway flashing me. I do sit doing 60, but that’s the same speed as lorries so why do they get so angry?

Also must agree it is often van drivers who tailgate

Yeah same. Tailgating is a huge issue in UK anyway, but I noticed it’s worse in an EV. People trying to get in my boot.

This is interesting because I’ve just experienced the reverse of this.

I always get tailgated in an EV, by everything from Corsas to Range rovers however in the past few weeks I’ve made a few trips in a petrol car and everyone appears to have backed off when I’m using that and giving me a lot of space.

What a strange conspiracy. Maybe people believe EV’s are slow or incapable… at least we know they’re superior…

Welcome to Onto, btw.

I had a big old ICE barge up to last November. I think, generally, drivers saw little point in pushing it along.

I’ve always, since days long ago on powered two wheels, noticed a cohort of drivers happy to try and drive and push others in lower speed limits, 30s and 40s but then not do correspondingly above a NSL. Grown used to it.

Around West London there’s an infuriating number of roads now at 20mph limit. I think, whatever you drive, someone is going to know better - I got overtaken on Saturday on double white lines

I try not to speed, I might take the “liberty” of re-adjusting the displayed to actual or set ACC at up to +5%. But I spend a fair bit of time doing what I would have done on a motorbike. And that is extracting myself, one way or another from any other road user’s space if they look like they might want to have an accident.

Sometimes I pull over. Sometimes I put my foot down. I would often rather see a driver in front of me where I can better see their accident than if they’re testing my mirrors.

Of the most strange behaviour I had someone pushing me and then overtaking me the wrong side of a traffic island in a 40mph limit, only for them to be third or fourth in a line in the NSL behind cars and struggling overloaded van doing 60-ish (i.e. a good 16% BELOW the marked limit) a few hundred metres later. I had a clear line of sight and cruised passed all of them (obviously at the speed limit, although I was trying to recall what the display meant registering “two fat ladies”) … I didn’t see the other car (ICE Audi) again, even in my mirrors on that trip. And that was in the “humble” Ioniq…

There is one thing that now bugs me. And this is not at anyone personally around these parts, but if you are going to drive on a motorway or dual carriageway in the UK, just drive to the conditions.

All these cars are supremely capable as we know, so you can cruise at “70” with everyone else, and you don’t need to be dicing with tired, distracted HGVs who have enough on their plate already. Don’t talk to me about hyper-miling or any other crap. We’re moving to a world where we are taking electrons out of the sun, wind and water, and if conditions dictate just USE them

Lorry drivers on the motorway

I constantly get lorry drivers up close

I can offer an insight to this issue, as a HGV driver, we come across the occasional car doing 55 miles per hour, which is our maximum limited speed (90km/h).

^That is a misconception, you are doing about 54-55 mph as all speedometers over read, when a lorry comes up to you and pulls out to overtake, (the majority - not everyone) see this big thundering juggernaut in their mirror and accelerate, or leave the HGV level with the car for miles on end. Being in the blind spot of a HGV for a few miles is probably the most dangerous place you could put yourself.

Then when the lorry driver moves back in behind the car, it reverts to their original speed.

I know it’s no excuse for tailgating - it’s not something I ever do (paid by the hour so I really don’t care). I’ve seen it from both sides, people don’t realise the truck can’t just “put its foot down” to get past and it’s annoying when drivers just don’t let them pass.

Best thing to do if a HGV is overtaking or catching you quickly on a dual carriageway is just ease off and let him pass, even give him a flash when he is clear of your car.

It’s safer for all involved and saves the traditional “elephant race” that we see on the highways of the country.

^That is a misconception, you are doing about 54-55 mph as all speedometers over read…

I’m sure that everyone knows this - so when first getting to a new car, I find it useful to do some checks, using something like “Waze” to see how the car displays the road speed.

Obviously if factors change (tyre pressures etc) this would need to be rechecked. I think the price of fossiliejuice has caused a cohort of drivers to “turn down” their progress in these sort of situations.

I’ve never been an HGV driver, though known several, and I do not envy your job as I curse my ACC for sitting annoyingly alongside you or only having a speed differential of 1mph or something…