I initially joined Evezy/On.to to study the real life situation of having an EV living in a flat without parking space/charger. This post is just to illustrate to others who might doubt about being able to do a >1000km trip with a mid-range EV (Zoe ZE40, max charge 22kW). Normally I would use it for my quick commute, weekend short trips etc. I usually charge it 1 a week (30 to 100%) at work for free. 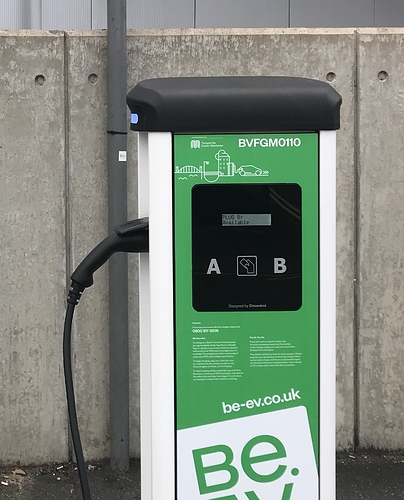 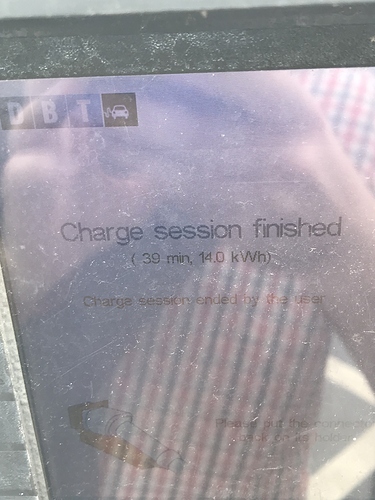 2nd day Cheltenham to Cotswolds: visited/drove through Winchcombe, broadway, moreton in marsh, stow on the wold, upper slaughter and bourton on the water. Charged on Burton on the water for 90min at coop for free (22kW, app said busy but just plug and play) while having lunch. Lastly, visited Burford (+garden centre) and back to Cheltenham.

3rd day Cheltenham to Bath. Arrived to bath with 35%, parked at southgate bath shopping centre, charged at their 7kW podpoints (£1/hour, although it hasn’t charged me yet). I had to go outside carpark in order to connect to the internet and activate it via the app. Charged to 100%. Arrived to Cheltenham with 73% (zap map estimated arriving with 69%). Charged Cheltenham compass holidays (43kW) using on.to’s polar card for 15min while doing some calls. 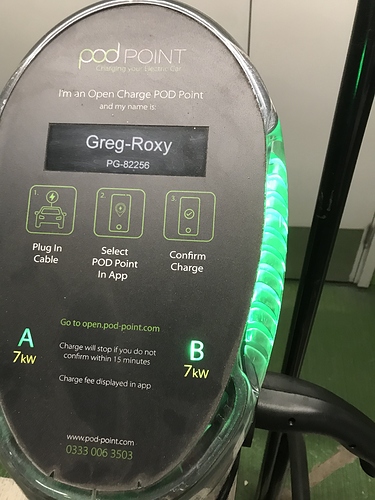 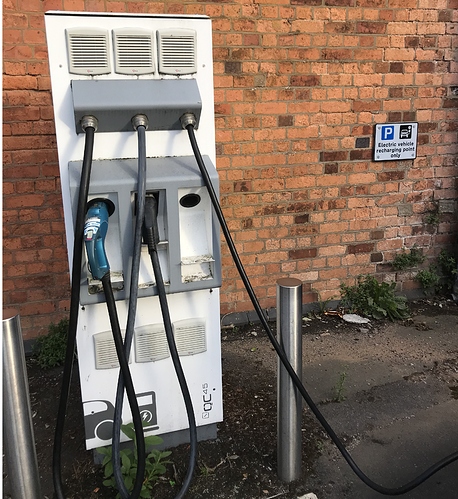 4th day Cheltenham to Plymouth.
• Estimated: 52kWh
• Used: @46.3Wh
Started with 90%. Zap map estimated 52kW of needed energy. Planned stop at Tiverton Ecotricity which was busy with another zoe, decided to go to next one: Cullompton ecotricity. It was superbusy, although after 10min of waiting for a Leaf to finish managed to put Zoe to charge. Zap map estimated an arrival of @24% left, although due to traffic, roadworks and bad weather arrived with @36%. Departed with @90% left to Plymouth, which should take 60%, arrived to Plymouth with 31%. While discovering the city after checking in, left it parked/charging at Drake Circus leisure complex (£2 parking, free 7kW genie charge). Charged until 80%. I didn’t have internet connection to activate charging point, used my polar card (its RFID), worked like a charm. Great brand new car park, well illuminated, plenty of chargers, in city centre and good prices. 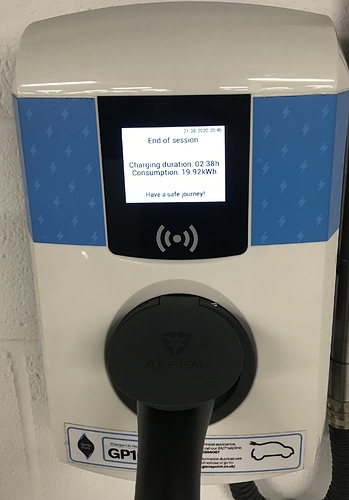 5th Day Plymouth to Dartmoor NP, after all day arrived back to Plymouth with 56% left. Put again to charge at Drake’s while walking the city, dinner etc.
6th day Plymouth to Eden Project. From 90% to 56%. Eden project’s free chargers have always been reported to give trouble to Zoes (due to resistance), now this seems fixed. Charged there during our visit. No need of an app, just press the button. After Eden Project went to visit other coast destinations and charged while dinner at Drake’s again. 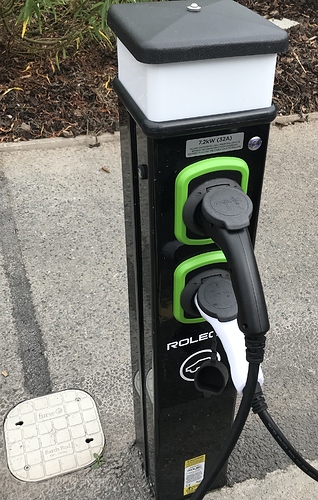 charge51944×3056 1.74 MB
7th day Plymouth to Warwick via Burford garden centre.
• Estimated: 71Wh
• Used: @52.07Wh
Zap map estimated needing 71kW, arriving at 1st stop (sedgemoor services m5 north with 38% left, which it was actually spot on). Knowing the slow charge of the Zoe, decided to stick to “eco” mode 60mph most of the first leg and only use when needed a bit more of boost to overtake trucks. Ecotricity on free vend again, quite busy, only had to wait for 5min. Charged there up to 90%. Next stop Burford, estimated % at arrival 30%, arrived at 44%. From Burford to Warwick, zap map calculated 26% of energy left at destination, in real life arrived at 25%. We were staying at Hiltton warwick/stratford so I put it to charged at the 7kW polar. After checking in and a cuppa and a toilet break, went to visit Warwick and have dinner, after which I left the zoe charging overnight. 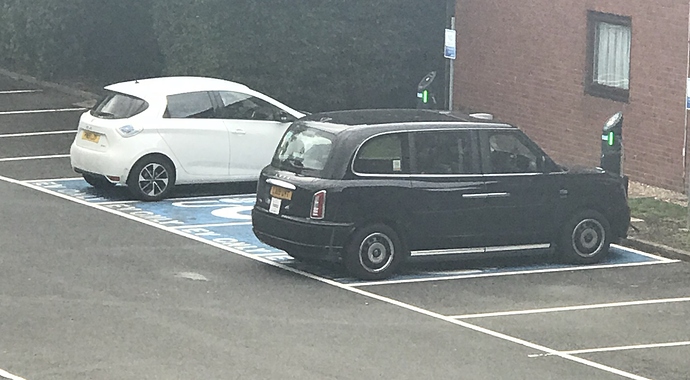 charge62800×1544 583 KB
8th day Warwick to Stratford (only visit) to Manchester.
• Estimated: 36Wh
Zap map calculated 36kWh of energy needed. Although we decided to stop to have lunch due to awful bad weather at keele services m6 north. Ecotricity was on free vend so put it while lunch. Lastly arrived back home with @75%.

Personal opinion:
• I found it extremely easy to charge along the motorways
• ecotricity if not working was on free vend (maybe people complain about them when they are offline because they don’t know how to use them for free?)
• I drove without pushing the limits, normally with the fan on, 60-70mph overtaking trucks etc, but without rushing it. This was a holiday trip so no need to go >70mph, plus the @60mph is the sweet spot for the zoe tbh.
• Charging infrastructure in general very good, although in cities would be good to have on street charging+parking, rather than having to go to shopping centres
• ZE40 with 22kW type 2 charger is just fine (those 22kW free supermarket ones are really good when possible), having CCS would just increase the options of chargers (instavolt for example), or in case of multiple chargers at one site (some ecotricity don’t have CCS, others don’t have type2AC).

Overall positive experience, looking forward to the next one.

Love this! Thanks for letting us know about your trip

I hope you had a great time.

Go on tell us, how do you use an ecotricuty charger when it is on free vend ?

You just select which plug you want to use from the screen, plug in and press start!

Unlike other rapids, Ecotricity’s default to free vend if they lose connectivity with the mothership. That way no one is stranded. All networks should be obliged to do this. It would certainly encourage them to get an engineer out to faulty chargers quicker than they currently seem to. 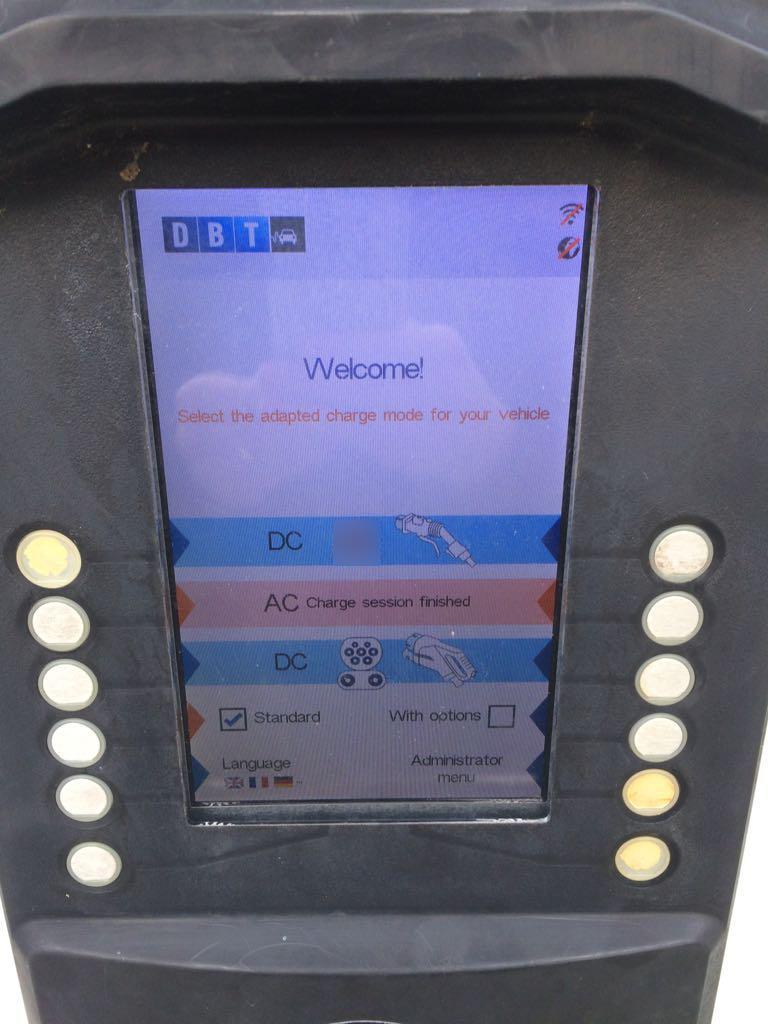 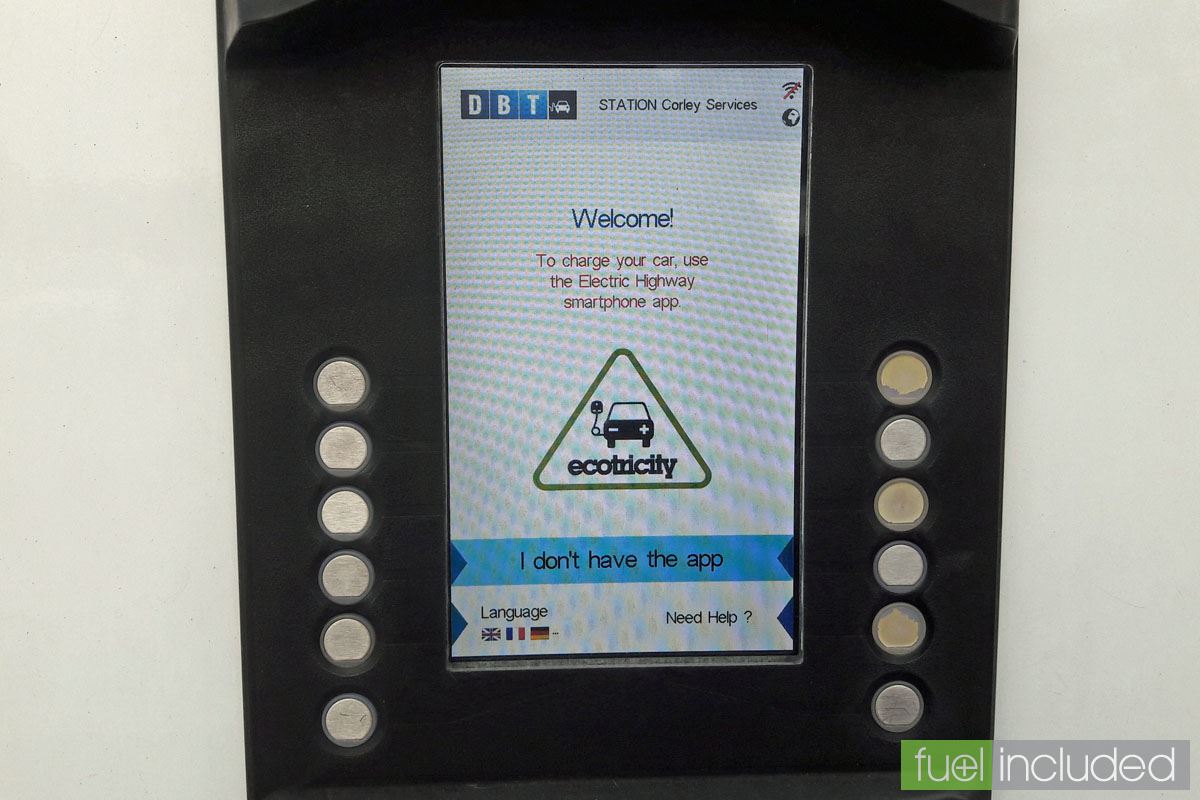 Always check the screen on the charger. About 90% of the time if Ecotricity say a charger is broken it actually simply means its in free vend mode.

If I’m using say ZapMap, how would it know the difference between no network connectivity or the charger just being broke?

I don’t believe Zap-Map gives the live status of Ecotricity Rapids. It’s based on user comments.

The Ecotricity App will say if a Rapid is in use, or offline. Offline could mean that the charge point is broken, or on free vend. My understanding is that you can’t be sure unless you literally turn up to see for yourself.

For example Zap-Map says that IKEA Croydon the Chedemo isn’t working, but AC is. That is User feedback left 6 days ago. According to the Ecotricity App, that device is Offline. Which is correct?